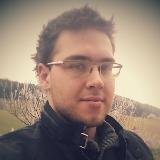 You all probably know, that USA tornado season consists out of two parts. The spring part (When the warm air moves into the land and colliding with the slowly retreating cold winter air) and the fall part (the cold air is returning and colliding with the still present warm air in the south). Both parts depend mainly on the position and moving of the Polar front.

Tomorrow, a severe weather event is expected across central Texas and into Southern Oklahoma. Severe weather is also expected in Tuesday, but I will post some charts and write simple clarifications only for tomorrow, since a few things can change till Tuesday :)

Lets start with the middle layers, where an obvious upper trough is present, with a fairly strong jet on its eastern side.

A surface low is expected to develop, and with it, a strong S/SE warm and moist air advection, directly from the Gulf, and so raising the dew points, CAPE and lowering the LCL.

Quite moist air will be advected from the Gulf, thanks to the surface low.

Cape values are marginal, but in combination with good shear, it is more than enough for severe weather.

The surface low is also responsible for the large scale lifting, and also contributed to the quite low Lifted Index.

The shear is also good. Around 40-45kt 5km bulk shear, which is very supportive for Supercells,

Very impressive is the low level jet, which will quite increase the chance for supercells and strong tornadoes.

Last but not least, this is the crossover of 10m wind and 5km wind, and we can quickly notice a fairly good veering, and good low level winds and 500hpa jet.

Good veering, strong low level jet, surface low, all contribute to good helicity, which is a key ingredient for supercells and tornadoes. I must add, that this is Normal helicity, and not Storm relative helicity.

the EHI (energy helicity index) is around 4, which is supportive for moderate to strong tornadoes.

And the sounding, where the wind profiles and veering is better seen, and so you can get a better feeling about the situation.

To wrap it up:
With the trough moving in, a surface low will develop, and so the first storms are expected to be supercells, with a possible transformation into line systems later on. The main threat will be tornadoes, and a few large hail events, and of course strong wind with gusts.
Situations like this are common for this time of year, because the cold winter air associated with the polar front, is slowly moving back to the south, and so causing this "collisions" and the severe weather associated with it.

In the morning, there are already storms in Oklahoma. For now, no supercells were identified, only multicells (clusters and lines). The real deal should come in the noon and the afternoon, when the shear and the low level jet speed increases.

Here is a screenshot that I took from the radar software, showing the multicells in Oklahoma. A few small hail events were already recorded.

I was shocked by what I saw, when I opened the radar program:
Tornado warned supercells, with tornadoes already on the ground! Just look at those hooks!

And the velocity radar confirms a tornado in the southern supercell.

This photo was taken by Bob Fritchie: A strong, possibly EF3+ tornado.

Here are some screenshots that I took, when watching live news on Sky news Oklahoma. A really impressive outcome, that probably surprised many forecasters, because the parameters were were really more typical for mid April, rather than November. :)

I will try to write something more or post some radar screenshots later in the evening, when I get back home from work.

Thank you for showing!

This are wonderful and great pictures! 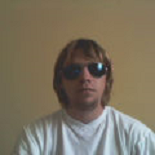 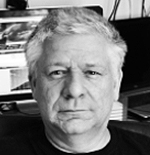 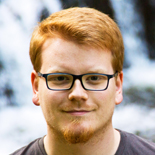 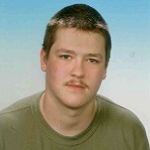