Here are some photos of the unorganised multicell that passed over Pohorje. :)

The morning showed some signs of a destabilised troposphere.

And a few hours later, the multicell was passing the area. :)

There were some signs of a developing shelf, but it was not going very well, because the terrain is not really favorable, and the whole setup was not really severe. The lightning was quite good.

Then it slowly passed over. No hail was reported, just some local downpours of rain, and some stronger gusts, so a pretty basic thunderstorm. :D

A storm pulse developed infront of this storm (SW of Maribor) after it passed over this region.

Somewhere over the rainbow... there is a storm. :)

And the satellite image of the stormy convection over Slovenia and Austria, on 12.9, at 12:09 UTC, 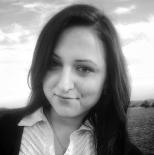 Very nice Chasing and Pictures, and u sayd u only a Spotter... tztz :D
Really nice thank u very much.

I really am just a spotter for now. I let the storms chase me. :)

Wonderful pictures and a good report! Congratulation! Very Good! I am always happy wen i can see so wonderful and interesting pics!

Thank you for showing!

P.S:Sorry! I hope my English is not so bad because my last conversation in this language was 13 years ago!

Your english is great, dont worry. :)